60 years since the establishment, a leading company of ultrasonic soldering technology.

The ultrasonic soldering method was invented in Germany in 1936.
It attracted attention for its ability to solder without flux, and since then, various improvements have been made.
Although it was considered difficult to bond to glass, Asahi Glass Co., Ltd. succeeded in developing the world’s first special solder that could bond to glass in 1970.
By applying ultrasonic waves to a solder with a special composition, it became possible to solder glass and metal, which had been considered impossible before.
This special solder, named "CERASOLZER," is widely used in advanced technology products around the world, and today the technology is applied to a variety of low-solderability materials other than glass.

We are the only company in the world that possesses "materials," "equipment," "facilities," and "processes" for ultrasonic soldering. 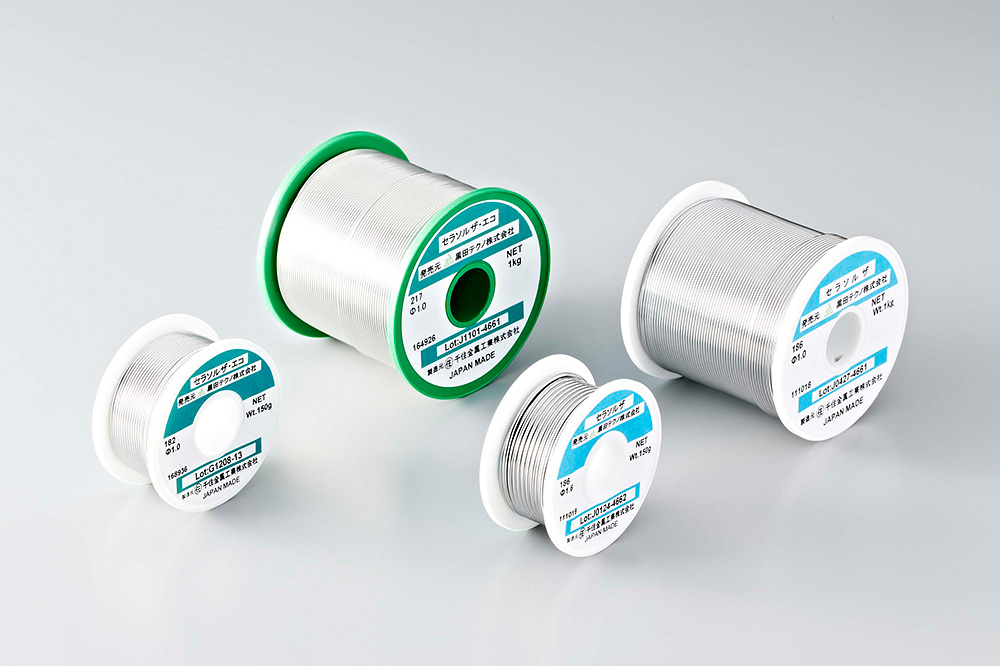 View the details of CERASOLZER 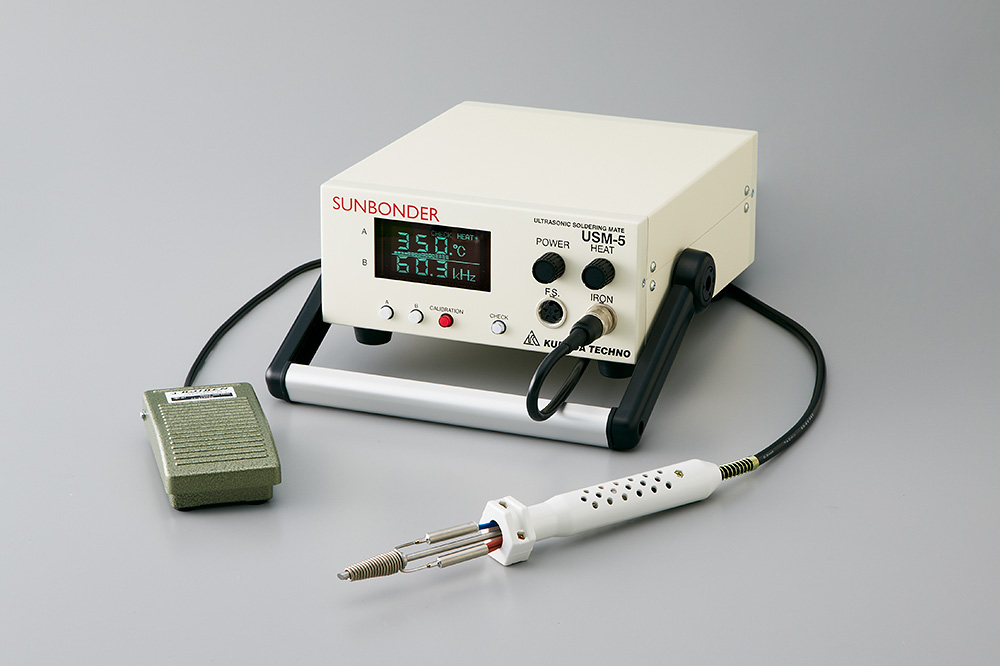 View the details of SUNBONDER 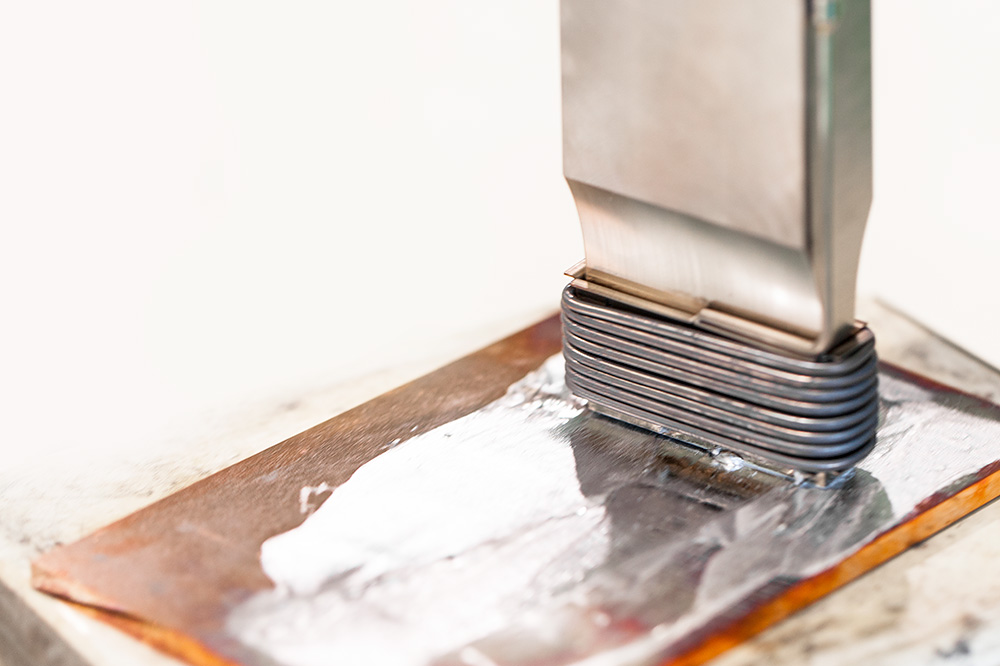 View the details of coating operation